The use of head coverings to reflect cultural and religious practices is not a foreign concept. Even just a quick mental flick recalls crowns worn by various royalty, the Kippah or Yarmulke of Jewish men and even fascinators worn to the races. 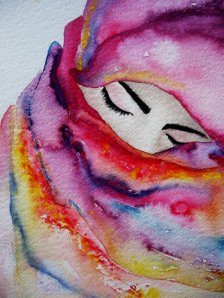 The head covering that causes the most controversy in modern times is of course the hijab, a general term used to describe the coverings worn by Muslim women as a form of worship of God. The word hijab or ‘ حجاب‎ ‘ in Arabic actually means a screen, be it physical or metaphorical.

Muslim women who choose to wear the hijab will do so for a number of reasons – all or none of the ones that I may mention.

As is the case with all aspects of religion, there is debate about whether or not the hijab is compulsory for women. The sections of the Quran which are referred to come from Surat Al Nur (The Light), verses 30 and 31 which are as follows:

Which can be translated to: Tell the believing men to reduce their vision and guard their private parts. That is purer for them. Indeed, Allah is acquainted with what they do.

which is translated to: ‘And tell the believing women to reduce their vision and guard their private parts and not expose their adornment except that which [necessarily] appears thereof and to wrap [a portion] of their headcovers over their chests and not expose their adornment except to their husbands, their fathers, their husband’s athers, their sons, their husbands’ sons, their brothers, their brother’s sons, their sisters’ sons, their women, that which their right hand possess, or those male attendants having no physical desire, or children who are not yet aware of the private aspects of women. And let them not stamp their feet to make known what they conceal of their adornment. And turn to Allah in repentance, all of you, O believers that you might succeed.

Although I didn’t intend to get into a theological argument over whether or not Islam teachings mandate that women wear a hijab, I feel it’s important to highlight a key point which is used by those who believe the hijab is not mandatory.

The debate arises from the second verse and in particular the highlighted portion below, which states:

‘And to wrap their khimar over their chests’

I have heard a number of women state that this part of the verse says that women are to wrap a khimar, which they interpret to mean a cloth or covering, over their chest. Therefore, in their interpretation, the Quran does not mandate that women cover their heads and necks – only that they cover their genitals and chest.

The issue is that the meaning must be interpreted in context. In Arabic terms, khimar means head covering, which was traditionally worn by women in the Middle East, well before the spread of Islam. Women commonly wore a head covering, but their necks and upper chests were exposed. The Quran tells women to use a portion of their khimar to cover their chests. Now logically,covering one’s chest with an extended khimar implies that the covering starts at a woman’s head. It really is a lot simpler than most people make it out to be.

That’s the jist of my belief. The why and how and fairness and gender equality aspect of this is for another time – as is the difference between a physical hijab and hijab through one’s actions. This is all about why I wear a hijab. 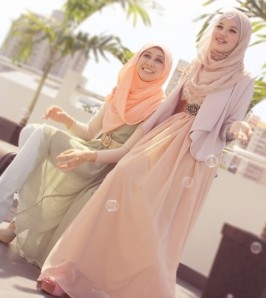 In a world where we are constantly categorising everything, I wear hijab to indicate that I am a Muslim woman who is in touch with her religion. It’s funny how often I’m asked why I’m not religious. I’m a pretty open, driven kind of girl and people seem to equate that to ‘non-religious’. It is far from the truth, and the religiousness I’m talking about isn’t an institutionalised mosque-going-fatwa-issuing Islam. My belief in God affects every single aspect of my life and is so important to me.

In wearing hijab, I am outwardly telling people that I’m Muslim, and that this is an important aspect of my identity.

For other Muslims, it’s a not-so-secret indication that I am one of them – an identity that stretches beyond gender, culture, citizenship or socioeconomic status. In a multicultural society, it’s a form of comfort when I see another woman in hijab. A smile is enough say ‘it’s alright, you’re not alone here. I am like you and I am with you’, and the comfort that comes from this connection is indescribable. It’s a sign to a passing Muslim stranger, who may not have assisted me in my time of need otherwise, that I am one of them in the same way that two Australian backpackers in Europe may feel a greater comradery towards one another.

For non-Muslim’s, it’s a facilitator of the fact that my lifestyle may not quite be what you’re used to – I don’t drink, I attempt to not shake hands with non-male, non-relatives and if you get me on a bad day – making a lewd or suggestive joke will result in a stern lecture. It’s a sign for anyone who wants to ask a question about Islam that I’m there. I’d like to think that in being approachable, people feel comfortable enough to ask whatever they would like – and I love that.

Most importantly, it allows me to represent Muslim women in society. It says ‘I’m here. I’m present. I am not a terrorist. I am not oppressed. I am here, contributing to our world.’

There is this idea that hijabi women are oppressed and victims of a patriarchal religion. The truth for us is that we are trying to free ourselves from those bindings. In covering up, I am in control of who gets to see what and at which time. I’m no longer my cup size or my ombre hair or my tanned skin or my thigh gap. I’m just me. A woman.

That’s not to say that we are not judged on the way we dressed regardless – of course we are! But there is definitely a discrepancy in what society deems appropriate and what isn’t. You’re either not fashionable or a slut. You’re either too fat or too thin. There’s just no winning this battle. So I pull out of it. If I want to show you my amazing calves, I will.

(p.s – this doesn’t mean I won’t be Tyra-Banks-fierce underneath. I just get to control who sees it)

Which leads me to my next reason – modesty. I am not in a competition with you, I promise. I don’t believe that modesty is this black and white sliding scale, where the most modest are completely veiled, head to toe, and the most immodest are those running around nekkid.

I hope that you can understand that for me personally, dressing modestly does not stop at covering my cleavage and wearing a knee-length skirt. I am actually uncomfortable with walking around without being covered in the way that I am. I am most comfortable in maxi dress and hijab. I can’t even imagine living in a place where a hijab was illegal. If I couldn’t get away with wearing giant floppy hats that essentially did what my hijab did, I’d leave.

I try to explain it to most people that it’s like swimwear and underwear. Plenty of women will wear a sexy bikini but the thought of being seen in their underwear is terrifying. I’ve been told it’s because their bodies in underwear are only for them and the people they want to show, and in wearing a bikini, they know that anyone can see it. It’s sort of the same thing here – I am not comfortable with everyone seeing me in my underwear, which happens to be all over my body.

Does this mean I think you’re immodest if you’re unveiled? No! Do I think you have no decency if you’re out in a fabulous leather miniskirt? Not at all. Power to you, sister! But I hope that at the same time, you can accept that I am happiest in my hijab. Of course, not all hijabi girls are modest either!

It’s important to note that I don’t think that all men are uncontrollable animals. This is purely a personal comfort. In relating what I wear to men around me, you are lowering my value to what men want or don’t want.

P.S It’s also great for bad hair days and other things. Have a read.

P.P.S I just found this post – 8 Myths About My Hijab that also rings true.