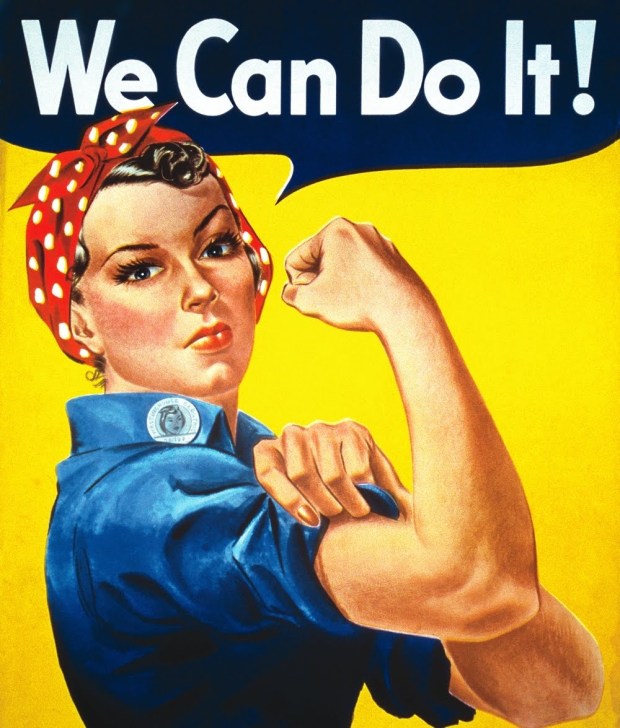 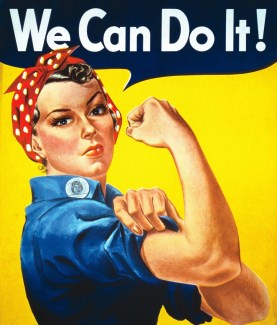 WE CAN DO IT

I’m surrounded by women who still believe that there’s no need for that awful, dirty feminism that those old, sour women complain about. We’re even. But let’s start off with a facts game.

(Have a look at some other key findings from the recent COAG Reform Council report: Tracking equity: Comparing outcomes for women and girls across Australia and a a flick through these presentation slides on domestic violence statistics from the ABS)

Of course, the numbers continue to slowly improve year by year, and I have no doubt that eventually we’ll make it – but we’re not there yet.

The problem is that far too many women talk about how we have finally ‘made it’. We’re there. There are plenty of women who are bosses of non-women, you guys. I mean, just ask Natalie Barr, the Sunrise news reporter who has ‘never been discriminated against’.  Haven’t you, Nat? Haven’t you been reduced to nothing more than the way you look on a regular basis, while your good mate Kochie prances around, ageing and balding and respected (well… I guess that’s debatable) despite the way he looks? Still don’t believe me? Just post a picture of your make up free face on Instagram, like Ricki-Lee did and let’s see how much your journalistic integrity is celebrated.

Now let’s have a think about the ‘non-statistics’; the every day actions of everyone you know. Think of the men and women you know who are in powerful positions. How many times will the first conversation about a female executive drift to her appearance before her other attributes? And let’s not forget what Julia Gillard had to deal with during her time as Prime Minister of the country. Her misogyny speech was incredible, but it barely stood a chance against all the sexism she faced daily. Rather than celebrating that she was the first female PM, many swore that they would never elect a female Prime Minister ever again. I guess the 26 male Prime Ministers that came before her weren’t enough to suggest that we should never elect another male.

We know that women are more likely to be objectified. We’re either too fat or too thin or too dumb or too bossy or too sexy or too frigid. That’s not to say that men do not deal with the same issues. It seems young men are becoming more and more prone to being unhappy with the way they look. I know of men finding themselves having to justify being the stay at home parent and have heard people taunting a male who was date-raped by a woman.

Yet there’s something about the discrimination thrown at women that is just entrenched in the very fibres that form the fabrics of our society. Women are very good at doing it to each other, too. I mean, have a look at the articles floating across the front page of Mamamia on a weekly basis. God knows I adore the site, but so many women-bashing articles fly through that it’s hard to remember that it’s basically Australia’s largest women’s news source.

But I digress. Muslim women have it tough. Understatement of the year? Don’t get too excited, I have 9 more months to come up with something more obvious!

Unless, of course, you pull out of the race – good luck doing that. 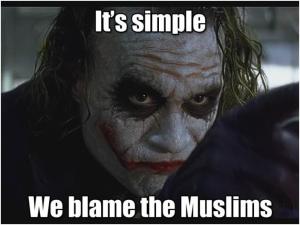 Collectively, Muslims form a community that is constantly rallying together on the defensive – like we just did against the ridiculous Alice in Arabia that thankfully was dropped before it even started. We’re labelled as terrorists so often, that stopping to say things like ‘well we women are treated pretty poorly by our men sometimes’ results in a dismissal of this perceived individualistic view. The inequalities which Muslim women face from within our very own community are dismissed for the sake of dealing with the bigger picture. Women who speak up are also seen to be giving others a weapon to use against Islam – ‘see! Even  your own women think you’re oppressive!’ We’re seen to be causing a rift in the Islamic community.

This is a problem.

A quick look around Twitter will show you that there is a large number of Muslim men complaining about ‘Muslim feminists’ and how such a thing should not exist – that Islam is the only thing that a woman could need. What do these  people think a feminist is? A misandrist (interesting aside – Google autocorrect is telling me that misandrist is not a word but misogynist most certainly is)? Feminism is simply fighting for an equality of the sexes. In much the same way that I believe other forms of discrimination can only be remedied with varying descriptors of equality; I don’t necessarily think that men and women being 100% equal is the solution either.

Did you know that in Islam, women can be judges? We’re talking about a religion that rose almost 1500 years ago. You want to know why you didn’t know that? Because most Muslims themselves don’t know it or even want to. It’s far too difficult to think about the rights Islam actually afforded to women when, as a patriarchal society, you could just tell a woman to shut it and accept that Islam is the perfect medicine. Telling women that Islam is all they could ever need, without the community practising the very values of Islam they preach is not good enough.

The problem isn’t just Muslim men. It’s also Muslim women who complain about how Muslim feminists are not real and feminism is not required. Just like any other group of women, we can be very good at destroying each other. The threat of the patriarchy has nothing on the threat of the sisterhood. Some righteous hijabi women will dismiss the opinions of the non-hijabi women, labelling them as ‘not Muslim’ enough to truly have the right to voice the concerns of other Muslim women. This is dangerous, as reducing a woman’s Iman (or faith) to whether or not she happens to wear a few more items of clothing than you is judgemental and completely spits in the face of the mercy and kindness that Islam is fundamentally supportive of.

On the flip side, a number of Muslim women who don’t wear the hijab will turn around and label the hijab an archaic tool of control, used by Muslim men to portray their dominance. In fighting a Muslim woman who chooses to cover up, these sisters reduce a woman down to nothing more than a silent nobody wrapped in a shawl – voiceless and with no strength. I may not want to wear a burqa or even see it as a mandatory aspect of Islam, but I will vehemently defend a woman’s right to wear one.

This divide within the sisterhood of Islam makes the struggle we face so much more difficult. A Muslim woman is so harshly judged by her fellow sisters that sometimes, it’s almost not worth speaking up. 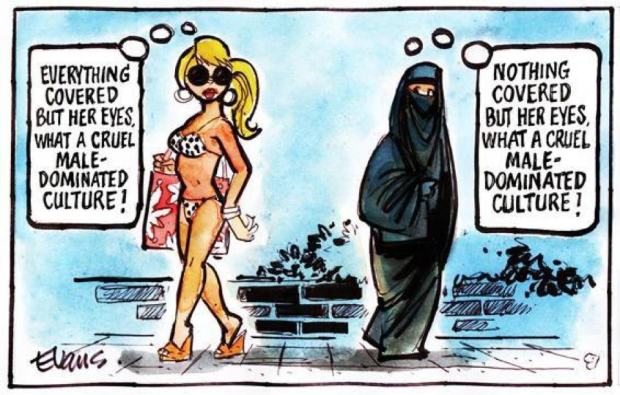 Then we take a step out and look at the relationship between the Muslim woman and the non-Muslim woman. Within the non-Muslim category sit a group of women who are are absolutely, 100% adamant on saving Muslim women from the ‘oppressive bindings’ of their clothings. The greatest flaw in this mindset is they dismiss the massive group of Muslim women who aren’t wearing some sort of religious covering, essentially removing them from the Islamic equation. Further, in telling a Muslim woman who chooses to wear a hijab or burqa that she should not and cannot wear one, the non-Muslim woman is no better than the oppressive Muslim man. These ‘heroines’ on a mission to save me from myself are telling me I am not  strong, independent or capable -that my own thought processes and my own reasoning simply doesn’t exist.  So when groups like ‘FEMEN‘ (that link is definitely NSFW, so click at your own risk) write slogans on their boobs and protest in the streets, I can’t help but shake my head. Instead of fighting with me, they fight against me and there really is no winner in these situations.

The struggles Muslim women face aren’t just due to their Islam. It is so much more than that – we are surrounded.

8 thoughts on “The struggles of a Muslim feminist”