This week I’ve had a lot of people talk to me about the right to bigoted ‘free speech’ following the attack in Christchurch.

I’ve been told that this is just a normal part of existing in society and that we just have to accept that people will hold these views and that this is okay.

I’m going to agree and say sure. Yeap. Cool. Yeap. No worries.

But I just want to make a short post to tell you you’re hypocrites. Dirty, filthy hypocrites. Where were you all when Muslims tried to exercise their right to free speech?

Where were you all when Yassmin Abdel Magied was shunned and abused by the media when she exercised her right to free speech? 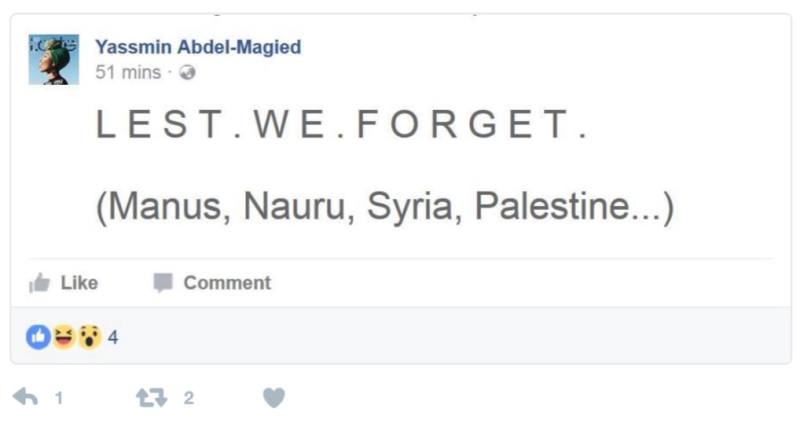 Why is it offensive for Yassmin to post those seven words and not offensive for Fraser Anning to suggest that the victims in Christchurch were to blame for their deaths?

Why can the Prime Minister be offended at the suggestion that his words created an environment that allowed someone like the Christchurch terrorist to be created in Australia but I can’t be offended that he suggests that refugees are child molesters and rapists?

Why is it offensive to suggest that Australia day should be moved to a day that doesn’t crush the hearts of Aboriginal and Torres Strait Islander people?

Why is it literally illegal for those working in detention centres to speak about what they see?

Why is the government currently in the High Court trying to ensure that public servants or employees can be silenced by their employers?

Why have you not been defenders of these rights to freedom of speech?

Surely those who believe in the right for bigots to exercise free speech complete unencumbered think everyone can do the same?