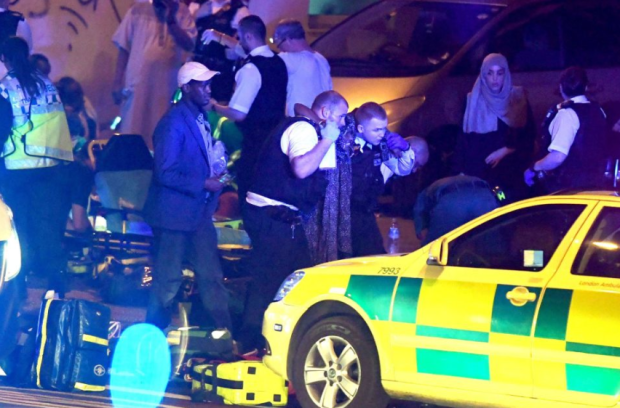 There are so many appalling perverse things about the Finsbury Park terror attack that has already left one person dead and several other’s injured.

We are in the last 10 days of Ramadan, the holiest of our days. As Muslim worshippers left the London mosque, a pathetic excuse for a human being rammed a rented van into the crowd. It comes after months of terror in the UK that left the Muslim community fearing a revenge attack just like this one.

Ask any Muslim, and they’ll tell you that we saw this coming.

There’s just so much that is perverse about the whole situation. Let me try and explain where my thoughts are now.

In some media outlets, that’s exactly what happened. But in many, it didn’t. For the first time that I can recall, this attack by a white man is being treated as a terrorist incident. And I’m relieved.

Isn’t that messed up? Isn’t it insane that the Muslim community has dealt with so much of the media’s hypocrisy that we’re relieved. We’re relieved despite the terror and the madness behind all of this because there’s  a slim chance that the word ‘terrorist’ might stop being synonymous with ‘Muslim’. We’re relieved that Islamaphobia may be taken seriously and no longer be labelled as a fake sensitivity of the Muslim community.

How horrible that we can feel relief because this incident was given the correct label?

How far must we have fallen if this reaction isn’t surprising to the victims? How broken and divided must our society be if a person can use the same method as terrorists to create even more victims and become  a terrorist themselves.

This situation is perverse because early reports from witnesses at the scene tell us that this terrorist was telling the victims to kill him, that he was blowing kisses and gesturing at the crowds as he was arrested. It’s perverse because he used the method that we’ve been seeing over and over and over again – plowing a vehicle into people who are enjoying their public lives, unaware of the horror heading right towards them. This man wanted notoriety; he wanted to make a statement.

He wanted us to connect his actions to the acts of terror that we have seen.

In a world that feels increasingly violent it’s hard to know what to think. What I know for sure is that this act of violence is going to do nothing more than fan the flames that threaten us all.