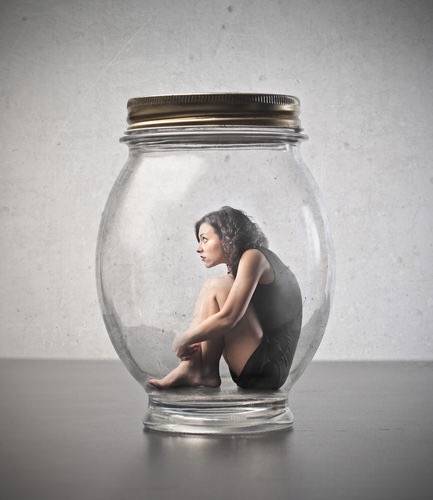 Failing is completely Fine. No, Seriously.

My entire life has been a series of taking the  seemingly harder road in hopes that the extra effort, heartache and perseverance will pay off in the form of some beautiful enlightenment. It’s not like I actively seek out the hardest possible road. It just so happens that the things I have wanted to achieve have been down those roads.

This approach does not fit well with the way I was taught to operate. As the child of conservative migrants, the approach I was taught was to identify all the risks and, if I wasn’t able to resolve them all, I should drop whatever the thing was. I was also taught to avoid creating ripples unnecessarily. If raising a particular issue was not being done for an important purpose – like saving a life – it should be left alone. I suppose this is the best way to live a life if your aim is to not be subjected to harassment or stress.

But that approach just did not work for me. I mean, how could it? My natural desire was always to learn more and assess situations deeply. To find the common, underlying theme between issues and to test out solutions. My natural desire was to be the best version of myself and to excel in every field. It’s almost a form of a fear of missing out – I want to excel in all the things because… well. What if I don’t!

So with my taught behaviours leading me to hide, and my natural desire being to run at challenges head first – how on Earth is my brain coping?

With a lot of anxiety, of course.

The thing that I have come to realise is that all of the fears that cloud our ability to just step out there and achieve the things that we want to are perfectly fine. They shouldn’t be slowing us down. It’s actually totally okay to fear failure. For the most part, the risks that are associated with those fears being shown to be justifiable are actually not that bad.

What’s the worst thing that could happen? My parents feel disappointed? I don’t achieve what I want to in the time I want to. I carve out a new path for other young Muslim women that isn’t quite what the world expects us to be?

It is actually perfectly fine to fail. The associated feeling of disappointment is also fine. In fact, it is encouraging because it means that you are invested in whatever it is you’re trying to pursue. We actually don’t have to always be completely comfortable and satisfied about our journeys. Plus, it’s unreasonable to assume that things will always just work out, so why not just embrace the fail?

When I look at my experiences to date, I find that all the “failures” I’ve had were actually relatively fine. I may have carried the disappointment that came with it for too long but the actual consequences were always not that bad.

My Bachelors degree is in medical science. I wasn’t the greatest scientist in the world, let me tell you! I failed basic chemistry THREE TIMES. This messed up the order of the classes I took and stressed me out enough that I ended up studying a decreased workload. As the formerly high-achieving high school student with a super smart parents, that was a ‘failure.’ Do you know what the end result was?  By being forced to slow down, my GPA rose significantly; I had time to get to know the academics and learn the science outside of the textbooks. I was able to dedicate time to extracurricular activities and appended to meet a recruiter and start my career. Failure, or blessing in disguise?

I tried to set up a charity out of my local hospital’s children’s’ ward as a teenager. I had no idea what I was doing and, after almost two years and despite having a database of 150 volunteers, sponsors who covered most of the cost, and intentions in all the right places, the whole operation wrapped up and went to shit. This was a huge blow to my system because my family had been so against the idea in the first place. Y’know the whole ‘why do you think that this is your responsibility? Why do you think you can actually pull this off?’ attitude, which my parents often have. And they were right. It wasn’t my responsibility to fix the ward and I failed miserably. Is it a bad thing that I wanted to fix it or that it failed? Not at all. What did that failure do? It taught me that if I was going to be a manager of anything, I had to drop the collaborative soft-woman thing and stand my ground firmly for the sake of myself and my organisation. As a result, I think I am currently a great boss. I also learned so much about the way government and businesses choose to fund projects and ultimately gained a lot of experience in the area of community engagement I love so dearly.

I’m sure that are numerous other failures. Failures so huge that I’ve knocked them out of my consciousness so that I can continue to have the will to live.  But there is something to be said for being knocked back multiple times. I have tried to get so many different projects off the ground. Some have made it a significant amount of the way there. Others have not. It’s a soul-crushingly disappointing feeling to know that your efforts and energies are not necessarily resulting in any actual payoff. Sometimes it can feel like you’re going backwards.

It. Does. Not. Matter. A failure does not preclude you from trying again, or from redesigning your idea to overcome that issue. Mind you, failure does not mean that you have to actually change your approach at all. Sometimes it just means that it’s not the right time or that you’re not taking your idea to the right place. That’s fine.
Failure is never permanent, especially if you don’t let it be permanent.

Ultimately, you shouldn’t let fear of failure hold you back. Failures can be incredibly useful for personal development and for the evolution of your ideas, feelings and resilience. Fail away! Just make sure that you have conviction to believe in your abilities and to keep going.

2 thoughts on “Failing is Fine! Do it More!”