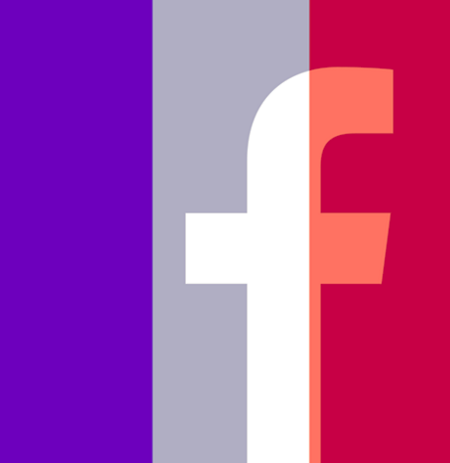 Yesterday I wrote about my feelings on the attacks in Beirut and Paris which, as I predicted, helped me feel comforted and allowed me to get to sleep.

Today I woke up to a familiar sight – the changing of Facebook profile pictures in solidarity with X event. Today, everyone is using Facebook’s ‘French Flag’ filter.

I am completely empathic to why people feel the need to use this particular filter and why they wish to stand in solidarity with the people of France. It is a way to say ‘I’m here, and I’m hurt, and I’m sorry. I’m with you.’ It makes us feel warm and part of a greater collective.

However, much like the use of the Nuun profile picture to stand in solidarity with the Christians who were being killed by ISIS (read more here), I think the use of this filter is a particularly divisive. The implications of what it means to be part of the ‘collective’ can be counter productive, especially when this collective dismisses the non-Western casualties of yesterday’s events. 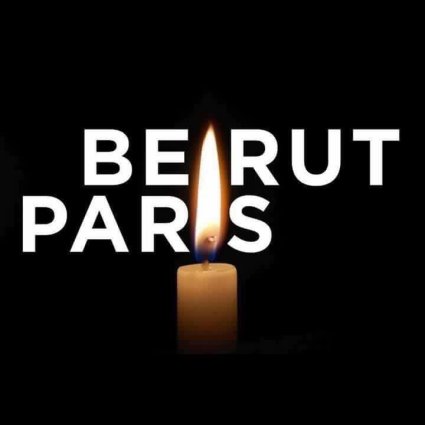 Although it is neither the time nor the place to compare the media coverage of the bombings in Beirut (or any other acts of terrorism in the Middle East or third world) with the coverage of the attacks in France, I think it is important to highlight that it looks bad.

People are disgruntled to see that the attacks in Beirut did not receive the same media coverage. I’ve said the same thing to all those who have mentioned this to me – an attack in France hurts us more than an attack in the Middle East or Pakistan because we are so desensitised to the violence there. It has become part of the way we see these places – people die unfairly all the time.

The attacks in France resonate with us because suddenly, people who are innocently going about their day-to-day lives in a peaceful, quiet part of the world are murdered in cold blood by a group who has no respect or understanding of the morals and values held near to the innocent nation that has been attacked.

The problem is – the same goes for every attack in the Middle East. Every person murdered in cold blood by these extremist is a person who was innocently going about their day; a person who did not, in anyway, share the beliefs of ISIS.

I can see why Facebook deployed this filter and I can see why so many people are using it. It’s something tangible that we can cling to – something to say that we’re against these attacks. However, after the day of violence around the world that was the 13/14 November, I just can’t bring myself to drape myself and my social image in the three colours that represent one country and one set of victims.

I am not saying that I am not hurting for the people of France and that I am not terrified for what this might mean for me. I live in one of the most beautiful, peaceful cities in the world and can’t even begin to imagine what it would feel like to suddenly have that safety torn away. I don’t know how the people of France are processing and dealing with this. However, I also can’t understand how the people of Beirut and Syria and Iraq and Afghanistan and Pakistan and Kashmir and Libya and Palestine cope with the constant acts of terrorism that shake their lives, their image of themselves and their hopes for the future.

So no, I won’t use the Facebook filter. I won’t cover myself and my social media in flag of France. It’s not because I don’t care or because I want to sit outside the comfort of the community that is being formed by this filter. It’s because I don’t think it does enough or says enough. It overlooks all the other victims. It sends the wrong message.

Instead, I will continue to advocate for everyone’s right to live freely and comfortably. I will continue to implore people to recognise that an entire group should not be tarnished by the same brush that paints a picture of the violent minority. It is this understanding that we are all accountable for who we are as individuals that will keep us united. 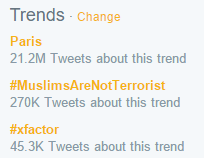 The growth of social media has meant that we are more loudly and proudly able to proclaim that we, the people of the world, stand in unity with one another and that we will not let acts of violence turn us against one another.

For those who are spending their time leaving comments all over the place about how unfair it is that France is receiving media coverage that the rest of the world does not receive – stop. It is tacky and most certainly not the time to be raising this concern.

Sure, it may look like the world cares more about France than it does any non-Western nation and maybe it does. But this is not a problem to be addressed in the middle of this heartache. If you are unhappy by how much coverage a tragedy receives, do something about it. Write a social media status update, write a blog post, contact your local media with a written article. Do anything. You are more empowered to do this now than anyone else in human history. You can inform as many or as few people as you like. Don’t take away from people’s desire to be informed about another tragedy.

I’ll leave you with this poem that is being shared across my social media.

9 thoughts on “No – I will not drench my Social Media in Red, White & Blue”