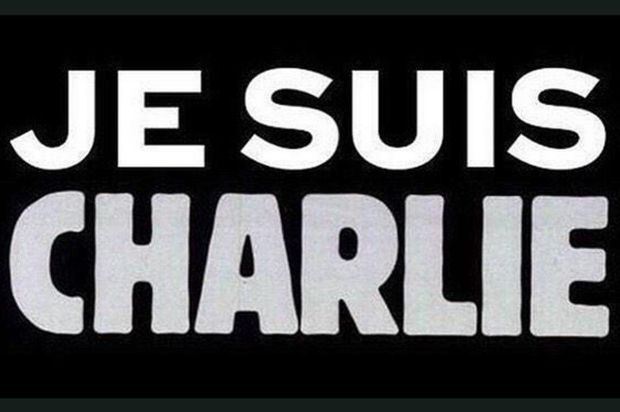 I may not agree with their publication, but I stand by the right of anyone to have an opinion that someone else does not agree with, without the fear of being murdered.

At 11.30am on Wednesday morning, two gunmen entered the offices of Charlie Hebdo, a French satirical magazine. They shot at the reception staff and then entered an editorial conference. They opened fire and  killed 10 journalists and two policemen; one policeman was a Muslim man named Ahmed. You can read more about the identified victims here. Let me start by saying that my thoughts and condolences are with the victims who lost their lives and their loved ones, and those who are fighting to stay alive.

A gunfight with police ensued before the gunmen escaped in a getaway car. The gunmen have been identified as Said Kouachi, Cherif Kouachi and Hamyd Mourad who is only 18 years old. At the time of writing, Hamyd Mourad has turned himself in but there are reports that he wanted to clear his name because he was at school.

Charlie Hebdo has a history of publishing cartoons that can be deemed offensive (which you can read here). They’re not out to destroy Islam – they’re out to make fun of everything. It is so beyond comprehension that someone can be so overwhelmingly offended by something that they would be willing to take a person’s life – let alone 12 lives.

The  offensive thing about this situation is the innocent loss of lives.

What confuses me is the thought process of someone who can go from being offended by a cartoon to wanting to murder people over it. We’re talking about someone using their own hands to stop the life of someone else. I’m finding it really hard to process that.

Even more difficult to try and understand is the thought process of people like these gunmen. This morning I was trying incredibly hard to think about what it is that would motivate someone to act and feel this way. I thought maybe these people feel like they are being attacked by the media and that maybe satirical depictions of anything that feels close to them makes them feel even more under attack. That’s where my brain stopped. I just can’t see how they make the leap from their being offended resulting in murder – unless they are absolutely, categorically out of their fucking minds. How could anyone think that this was a good idea? How could anyone think that this achieves anything even remotely positive. I don’t understand where these people think they are going with these actions.

It is being reported that these lunatics were calling out the name of God and saying that they avenged the Prophet. By default, these people are reported in the media as ‘Islamic’ extremists that are acting in the name of Islam. It could be that I am furious, it could be that I’m tired of seeing this sort of thing happening over and over again – but I’m starting to see just how dangerous it can be when preachers inject violent, vicious thoughts into the minds of those who are impressionable.

It is ungodly to think about how backwards these thoughts are. I mean, freedom of expression was critical to the early days of Islam. Early Muslims fought incredibly hard to gain the right to live as Muslims and to defy the tribal Gods of ancient Arabia. If anyone is to understand how necessary it is to be allowed the right to express one’s beliefs, it should be Muslims. Mind you, my ideas of ‘freedom of expression’ are not all encompassing. I don’t think people should be allowed to express extreme violence. But really – murdering a dozen people because you’re offended? I really can’t process that. Did they expect for society to stand by them? Surely, these people are insane.

There is simply no justification for their actions. No reason. No rationality. We’ve been told that the gunmen were saying that they avenged the Prophet. Disgraceful. They didn’t avenge him. They tarnished him and his name; the name of the religion brought with it a message of love. I do not care how many crazed preachers whisper (or scream) their destructive messages – Islam does not allow for, nor condone, these actions. Nothing justifies these murders. I categorically refuse to allow this people to attach my religion to their horrific actions. We cannot let them hide behind religion. We cannot give them any ounce of justification.

I really can’t believe that this has happened. These were just people who were sitting around having a morning meting. Something about that makes this murder even more insane. I cannot see any justification for war. I think that war is deplorable – but if you want to fight to save some ideal that you think is being tarnished but killing someone – go to a warzone. Fight people who want to fight you back, not innocent people in a conference room.

People say that Charlie Hebdo contributed to the Islamaphobia in France. Nothing that any magazine does will contribute to Islamaphobia as much as these violent actions will single-handedly contribute. This is the overwhelmingly loud voice of Islam and it’s heartbreaking.

The only thing that acts of terrorism achieve.

My mind can’t help but try and figure out how it is we prevent these things from happening. Not only are there dangerous ideas being planted in the minds of people who are so ready to take action – weapons are planted into their hands. It is quite clearly a massive problem when looking at the state of the Middle East. Dangerous ideas are harmless when there is no way for someone to action them. What we have instead are dangerous ideas that have spread too far and are supported by dangerous weapons and dangerous regimes. How we stop that? I don’t know.

I want to make it clear though – these people would have had these violent ideas, regardless of whether they were Muslim or not. Islam is a convenient cover that allows them to put a façade on their ideas. We have watched this sort of thing happening throughout history. How do we stop that? I don’t know.

I am so passionate about my own writing. I am so lucky to be able to share my ideas and feelings with you on these pages. I cannot imagine what it would be like to live in fear because those who disagree with my opinion want me dead. That’s the world we’re in right now. We have people who have disagreed with the opinions of others in a magazine and have killed them for it. How do we even begin to rationalise that?

I am grateful to see that people are already starting to stand up against this attempt at dividing people. Vigils are being held around the world in memory of those who were lost (you can see the moving images here). I hope that this outpouring of support will continue as those who are affected grieve. It is so important that people rally together now – for the sake of humanity; the sake of our basic freedoms.

France has started its own version of #illridewithyou in #voyageavecmoi on Twitter. French people are offering to ride with Muslims who feel unsafe. It is this sort of unity that is crucial as we move forward. The only way we can stop these terrorists from achieving any semblance of their goals is to stand together. France isn’t well known for its acceptance or tolerance of Muslims, but I hope that this will change for the sake of standing together in unity.

As always, I implore you to remember that the majority of Muslims do not feel this way. Sure – a lot of Muslims may be offended by what Charlie Hebdo published – but the reaction of almost all Muslims is not to go and kill people. Let your Muslim brothers and sisters grieve with you. It’s time that we allow others to integrate into our society, and that means dividing the crazies from the Muslims.  Don’t push Muslims out of the fold of mainstream society – we have so much to contribute to this narrative.

Exactly how it feels right now.

I pray that this is the last time that something like this happens, but I know that it won’t be long before another unspeakable act of violence floods the media. I know that I will hold my breath again and pray that the perpetrator doesn’t claim to be Muslim. I know that he probably will be.

Take care of yourselves and be well.

Halal love to you all.

4 thoughts on “Charlie Hebdo Attack: Where Are Extremists Going With This?”