One of my favourite things to do is listen to a good podcast. There’s something nice about knowing that I can learn a lot or be entertained – maybe even unnecessarily terrified – by a good podcast almost any time I want.

Of course, I’ve been through the process of convincing myself that I would make a great podcast host and that I should record my own podcast. Who knows, maybe I’ll give that a shot one day.

In the meantime, I wanted to share a list of my favourite podcasts with you. If you’ve never really listened to a podcast – I highly, highly recommend it. Once you’ve given it a go you really won’t be able to go back to just listening to music or the radio.

I personally prefer to listen to podcasts through Apple Podcast. It’s convenient to download episodes and listen to them later.

I must warn you, a lot of these podcasts are set in the true crime genre. It makes no sense that I love these because I am a true scaredy cat. But apparently women do just love true crime.

A lot of these podcasts are also Australian. We have a lot of incredible stories to tell.

Anyway – onto my list of my favourite ever (mostly true crime) podcasts.

S town was created by the producers of Serial, so I knew I was in for a well-produced, easy listen. What I discovered was an intense story that was full of unexpected twists and turns. It starts off as a story of a man named John B who is convinced that a murder has been covered up in his town. Brian Reed investigates these claims and discovers a captivating story. I’m staying purposefully vague here because if I tell you any more, I’ll ruin the story.

Although S Town is an amazing podcast, it hasn’t been without its controversy. Some think that S Town should never have even been made.

And yes, I loved Serial and the story of Adnan Syed but don’t feel like I need to tell you too much about the most famous podcast in the world.

Bowraville investigates the murder of three murdered Aboriginal children who died a few months apart and all lived on the same street. This podcast demonstrates the double standard that sometimes exists in society.

This is a truly shocking story of an unsolved murder with a prime suspect who was acquitted in amazing fashion.

This podcast will grab hold of your attention immediately and leave you wanting to desperately know what happened to these poor children – and why no one has been held responsible.

The Man in the Window

The Man in the Window is a podcast by the LA Times which truly left me terrified. I had to stop listening to true crime anything because I was so shaken. It follows the story of a man also known as the Golden State Killer – a serial killer and rapist who terrorised California in the 1970s and 80s.

All rapes and murders and horrendous, but hearing how horrendous and sadistic this man was was truly chilling. He terrorised his victims, years after he had abused them.

I was fascinated by the blatant disregard that police had for rape victims during the period that these crimes were committed.

Why would I recommend this podcast? It’s incredibly well produced and demonstrates just how difficult it was to catch someone so clearly hell bent on causing havoc.

GOD. I have shivers just thinking about it. 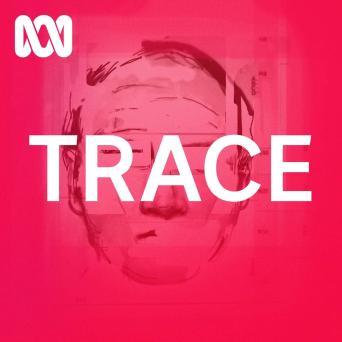 Trace is a podcast produced by the ABC. It tells the heartbreaking story of Maria James, a mother murdered in the back of her bookshop in Melbourne, Australia.

This podcast went in a direction that I was not at all expecting. So although it starts off a little bit slow, I highly recommend that you keep listening. You will be touched by the plight of her two sons, Mark and Adam James, and the personal hell that they went through prior to and after her death.

It makes you realise just how close and ruthless danger can be.

Who the Hell is Hamish

Who the Hell is Hamish is produced by The Australian and exposes the crimes of conman Hamish Watson (or Hamish McLaren) who stole what may well be tens of millions of dollars from those he tricked into loving him and giving him all their money.

Hamish was recently sentenced to 16 years in jail for his truly mind-boggling con. The podcast explores how he tricked women into falling for him and handing over their life savings, and those who thought he was just a great friend who could make better returns on their investments for them.

My husband and I were hooked on this podcast and wanted to finish it as quickly as possible because it was just so crazy that someone could swindle others so many times and get away with it for so long.

I found this to be one of the better podcasts produced by The Australian. It was far more engaging and less repetitive than some of the others.

We’re back to a true crime podcast. The Teacher’s Pet, which was also produced by The Australian, tries to uncover what happened to Lynette Dawson who disappeared almost 40 years ago. The mother of two young girls disappeared shortly day after her husband, Chris Dawson, moved his school girl lover into their home.

The podcast suggests that Chris was responsible for Lynette’s disappearance – that he murdered her in cold blood and made it look like she had just up and left everything. The story is fascinating because it also involves Chris’s stronger twin brother

He has recently been charged with having sex with an underaged student and the murder of his wife thanks in large part to the attention that the podcast gave this story.

One of their daughters, Shanelle, is seemingly convinced that her father probably was involved in her mother’s disappearance and even spoke to 60 Minutes Australia about her mum.

I should probably warn you, though – Hedley Thomas, the investigator behind the podcast is clearly a brilliant investigative journalist but is soooo boring and very repetitive. He also seems to approach the situation with far less impartiality than other presenters do. I think the story is so engaging that this is easy to get over. 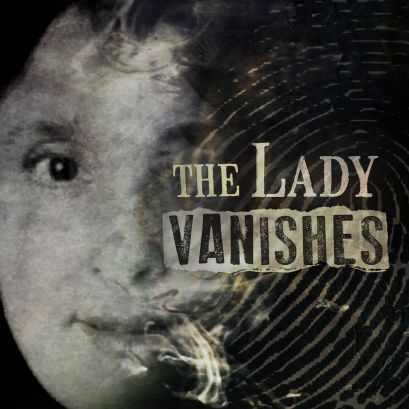 The Lady Vanishes is fascinating. It follows the story of Marion Barter, a mother who vanished in 1997 without a trace. She had told her children she was going to England to travel and teach for a year. While over there, she sent postcards to all of her loved ones and then disappeared.

After her daughter, Sally, realised that something was seriously wrong, it was discovered that Marion had changed her name to Florabella Natalia Marion Remakel, someone travelling on her passport had returned to Australia for a few days (but there was no record of her leaving again), and her bank account had been slowly drained over a few weeks.

The investigation is still underway, so the most recent episodes of the podcast are a bit repetitive and slow. But the earlier episodes tell a great story that’s well worth a listen. 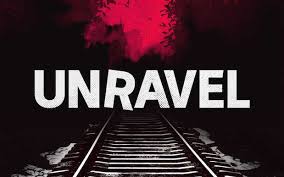 Unravel investigates the death (and probable murder) of Mark Haines, an Aboriginal teenager found dead on the train tracks with a towel under his head and minimal blood. Despite the strange way he was found, Mark’s death was barely investigated.

Unravel explores how race influenced the way that this death was investigated almost 30 years ago. A Perfect Storm explores everything that happened with the death of Azaria Chamberlain, the infamous story of a baby girl taken by a dingo in 1980.

Although I thought I knew a lot about the fact that Azaria’s poor parents, Lindy and Michael, had been falsely accused of her murder, I hadn’t realised just how insanely toxic the whole fiasco was. The podcast details how unparalleled media scrutiny a reckless police force put this family through absolute hell. It is truly horrendous to know what Lindy went through.

A Perfect Storm will show you that you really don’t know this story.

Okay, okay! This isn’t a true crime podcast – but I felt like I needed to give you something more lighthearted so that you can sanitise your brain from all the things you just read.

The Ricky Gervais Podcast was the very first podcast I ever listened to. I was introduced to Karl Pilkington who is either the world’s greatest actor or one of the most hilariously idiotic people on the planet. In either case, he’s allows his mouth to speak before he truly processes a thought.

The laugh out loud (like, real LOL) show was then made into a video podcast. You can check out great segments like when Karl comes up with a new way for humans to reproduce and the reading of segment’s Karl’s unbelievable and almost philosophical diary.

I’ve gone back and listened to this podcast over and over and continue to find it so hilarious.

What are your favourite podcasts? Let me know your recommendations!