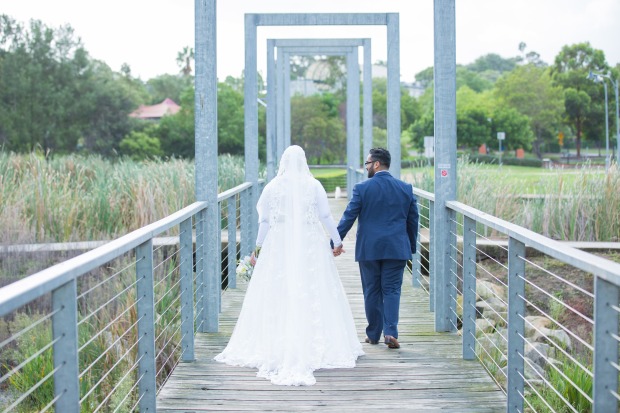 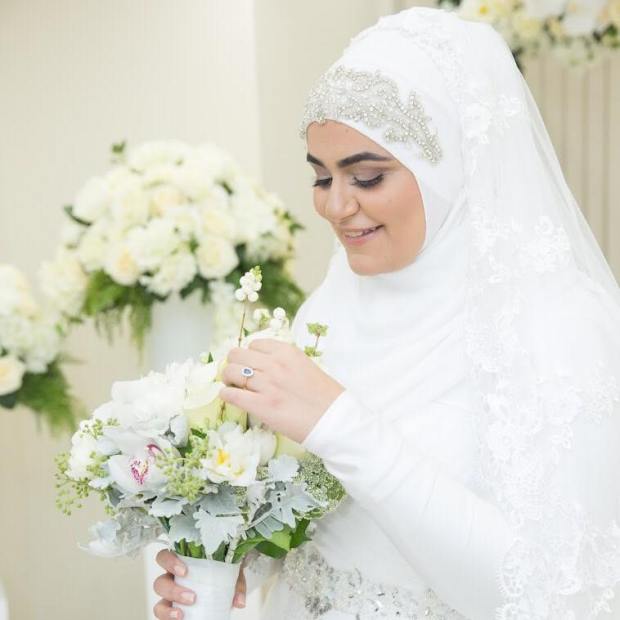 Over 80% of Australian women still take on their new husband’s surname when they get married, but I never expected so many people to be shocked and horrified that I did not change my surname when I got married.

Reactions varied from ‘oh, but you’re just going to change it later, right?’ to ‘how could you do that to your husband?’ to ‘I can’t believe he’d accept being disrespected like that’ to ‘but how can you be a family?!’ and ‘BUT DON’T YOU WANT TO BE RELATED TO YOUR CHILDREN??????’ etc.

It was all a bit… harsh.

However; I have always struggled with my own name. I mean… how many Amne Alrifais do you know? How do you even say Amne Alrifai???? (Hint: Am-knee Al-Re-Fay). People always pronounced my name wrong – and still do. It felt like a burden to carry and an irritation to people. It felt like a reflection of all the conflicting and confusing and strange things that I was and wanted to be.

As I got older, I grew into my own skin. I started to own my personality a bit better, to wear my identity more proudly. I started figuring out who I was and being proud of that person. With that growing confidence in the direction I was taking my life came a new found appreciation of my name and how it just cradled me in this warm and comforting way. It was mine. It was my label and I had finally accepted it.

Importantly, I learned more about my ancestors and the women that came before me. They were strong, stubborn, passionate women who fought for justice with pride, no matter who came in their way. They spoke eloquently and defiantly against tyranny and it thrilled me to carry their blood in my veins.

And so my name became mine.

I love my husband and his family. I also equally love the stories about his family’s history and ancestors who were also very noble and incredibly courageous and people who I am sure my children will grow to honour and respect. His family carries the same amount of nobility and history in the Islamic world as mine and he wears it with pride too. But that’s just it – his surname carries his and carries the history of his family not mine.

It made absolutely no sense to me that I would strip my own labels off and affix those given to my husband just so that it appears that we are part of the single family. We already know we’re a family; society already knows we’re a family, so why do we need to prove it with surnames?

For me, it’s not about feminist values or proving a point – most people carry their father’s surname anyway so what difference does it make whether you have one man’s surname or another? It has nothing to do with proving a point or wanting to remain as an individual. I never thought I’d feel this way, but I am as proud of who we are as couple as I am of myself as an individual.

My name is my shell and just as I wouldn’t consider changing my first name now that I’m married; I don’t consider it right to change my surname.

The Islamic view in this instance is also really interesting. It wasn’t until I got married and someone pointed out to me that not changing my surname was a ‘very Muslim thing to do’ did I realise that yeah! Islamic tradition essentially calls on women to hold onto their own names and not take on their husband’s names. The Prophet Muhammed’s wives, for example, kept their original names after marriage (not quite surnames… but kept to the tradition of ‘daughter of’ rather than ‘wife of’).

Anyway, I’ve made my choice. It makes my life way easier too – no need to change my legal name or update all my cards and documents; no need to balance having a legal surname and a socially used surname. Nothing changes.

I’m totally fine with being called “Mrs [my husband’s surname]” and I haven’t been offended when we’ve received invitations to Mr & Mrs _______________ either. But I’m happy to wear my own name most of the time

Oh – and my husband is fully supportive of this. At no point has he questioned it; he just always assumed I’d be keeping my own surname. One of the many reasons why he’s a keeper.