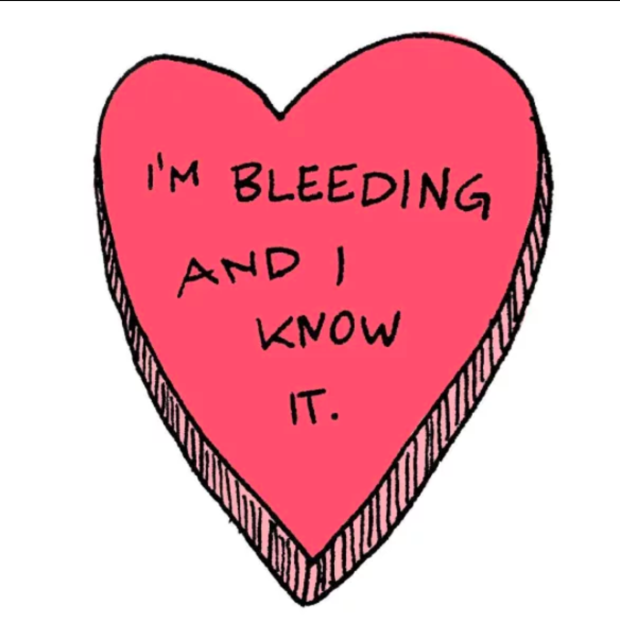 Talking about periods is a very taboo thing to do, I know, but my experience with learning how to deal with periods as an adult opened my eyes to a world of pain and exhaustion that made me respect women so much more. If you think it’s gross to read about periods, imagine how gross it is to bleed from an orifice for a week while continuing to be a functioning human being.

So you’re probably asking ‘what do you mean you got your period as an adult?!’

Well, I got my first period when I was about 13 which is totally normal.Thanks to health classes in school, I knew that I would get my period and that would mean some bleeding for a week – so it was pretty undramatic.

What I didn’t know was that I wouldn’t see another period for almost a year and a half. This freaked my mum out who took me to see a doctor (the first of many). Her fear was that I’d never be able to get married (lol).

The doctor suggested I probably had Polycystic Ovarian Syndrome (PCOS) but to wait a while and see if it wasn’t just my body learning to deal with the hormones. Over the next 6 years I had maybe three periods. It wasn’t until I was almost 20 that a specialist was able to look at all my test results and find that I did indeed have PCOS, but it was just a slightly abnormal looking profile.

No treatment worked. I was told I could try to get on the pill to stimulate a period but that this wasn’t actually fixing the problem just filing my body with hormones to make it look like I had a period. I was told that maybe things would get better as I got older. As a teenager, I didn’t care. I didn’t think it was important to have a period and so I just went on with my life and just never had periods. I never dealt with the pain or bleeding – I had no idea what it was like to have a period every month.

At 24 it hit me that I probably wanted to have babies one day and needed to fix whatever was going on. Since pills weren’t working, I took a cocktail of online suggestions at once. I regulated my sleep pattern so that I slept and woke up at the exact same time every day. I ate salmon at least twice a week. I walked for 30 minutes twice a day at least five days a week. I lost a bunch of weight and then, like magic, I got periods. Normal periods.

The first period was exciting. It hurt a lot, but it was exciting! My body could do the thing it needed to! Once the period was over I basked in the glory of my body being able to create an environment to one day carry a baby inside me.

It just got shit.

The day before I’d get my period I’d become an emotional train-wreck. I would get angry and teary about everything. One time I happened to spend the day with a highly sensitive friend. We got into a fight and she cried and I cried. The next morning I discovered that I had my period and texted her to apologise for being possessed by a period monster.

But that was just the start!

Next, I had to figure out how to contain my bleeding mess. I started with pads and struggled with how uncomfortable they were. I felt that I needed two line two pads up to get the right coverage. I constantly thought that people could see my pads and my friends laughed hysterically. They kindly informed me that they had learned to deal with this fear in their early teens. My PCOS had meant that I was learning to do this as a 24 year old woman who managed a small team in government. It absolutely was not the time nor the place to learn to deal with periods.

I got pretty sick of random drops of blood leaking onto my underwear. So a galpal suggested I try tampons to contain the mess and use a pad as back up. Brilliant! How hard could that be? 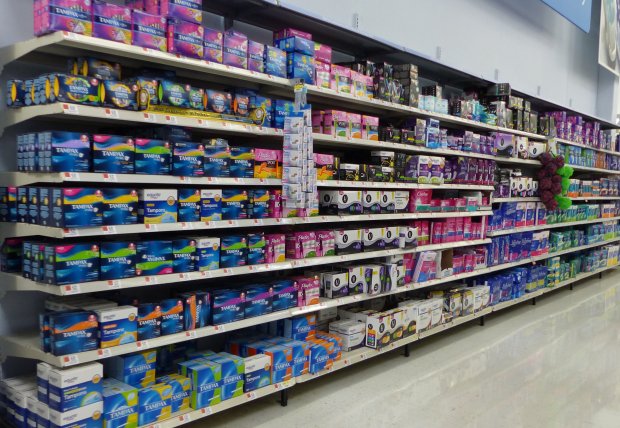 I scanned the endless shelves of feminine hygiene products and was overwhelmed. A quick on-the-spot Google of these products as I stared helplessly at the shelves didn’t help either so I just bought three different sizes – one for heavy periods, one for medium periods, and one for light periods. Since I had such heavy periods I went to try the heavy tampons… terrible idea. I couldn’t even get the tip of the huge thing in. It was the same horrible experience with the medium sized tampons. The tiniest tampons was uncomfortable but tolerable – until it popped out. Don’t even get me started on moon cups – dear goodness.

Trying to figure this out while working a full time job just was not a pretty experience.

The worst part of this whole experience for me was the crippling pain I’d experience for at least a day or two during every period. It was the sort of pain that radiated from low down in my abdomen to my lower back and down my legs. It felt like my muscles were being shredded and stabbed at the same time. Sometimes the pain was so bad it made it hard to sit in a chair or to walk upright. Worse still, this was something that happened for a full week of every three weeks or so. Just when you got comfortable with not bleeding, it was happening again. It was just unrelenting.

One morning I woke to my uterus trying to pop out of my bellybutton. The pain was too much so I called in sick to work. It was the last thing I wanted to do but I just had to do it. My excuse to my boss? ‘Look…I’m having a bad reaction to my period’. He told me to take all the time I needed. Thank goodness for excellent bosses.

Dealing with periods while trying to go about your day to day life is exhausting, it really is. Things as simple as sitting in a meeting and focusing on what people are saying can be an overwhelming task. It’s hard to hear words when you feel like you’re being stabbed from the inside. It’s hard to keep control of your emotions when your hormones are thrashing around inside. Worst of all, it’s hard to factor in a week of bleeding in your life while knowing that you’re going to have to do it all again in a couple of weeks.

Now that I’m married, I’m all drugged up and have a light period once every four months or so. This is much more manageable and now I know how to use tampons properly and manage the pain. I also track my cycle so that I can be more aware of my emotional state.

I think I’ve gotten the hang of things now, but I certainly miss the days where I could live period-free. Periods are hard work and men (and women like me) would have absolutely zero idea how all-consuming periods can be.