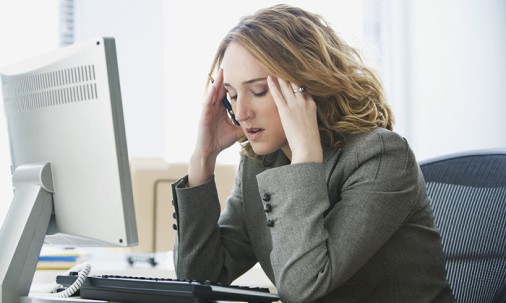 I love my job. I love getting up in the morning and going to work on things that interest me in a place where I feel respected and appreciated. I am very lucky and am eternally grateful to the universe for ensuring that my efforts aren’t wasted.

I was forewarned by books, like Lean In by Sheryl Sandberg and  Wife Drought by Annabel Crabb, that my time as woman in the corporate world was not going to be completely easy. I braced myself for just that; sexism and discrimination. Instead I found myself forgetting that gender or race discrimination were a thing in the workplace. I just never experienced it or saw it happening.

However, as I become involved in increasingly more important projects and climb the corporate ladder, the way that I see women being treated changes slightly. The actions of some men around me have started to get under my skin. It seems the higher you climb, the more likely it is that the happy feelings of equality dissolve away.

For example, although a majority of staff – I would guess approximately 70% – in my workplace are women, 75% of the Executive is male. I find this incredibly difficult to swallow – surely there is enough talent in the female-dominated cohort of staff to allow at least 50% of the Executive to be female. I won’t get into the reasons why women do or do not make it to the top jobs as readily – that’s a conversation for another post. But it’s a stark reminder of reality; things are far from being equal.

But you, my friend, are here to read about the annoying things that men do at work that drive me up the wall.

I’m already insecure about how young I am. I am mindful that many people would not take me or any authority I have seriously if they knew how old I was. Unless it’s directly asked, I never bring it up. It’s irrelevant for the most part because I don’t consider a person’s skills on the basis of their age.

Every now and then I’ll get an email or compliment from an older man along the lines of ‘good job, young lady!’ or ‘you’ll go far, young lady!’

Young lady? I mean, what’s the appropriate response to that? ‘Thanks, old man!’?

The only other time I was ever called a young lady was in a patronising, lecturey sort of way like ‘you’ve got some explaining to do, young lady!’ I do not need to hear it at work, especially not from much, much older men who know almost nothing about me.

Addressing my male staff, even when I’m the decision maker

You know those meetings where you and your team and the opposing party and their team meet at a round table to fine-tune the finer details of an agreement? Those are fun – I love negotiating with others to get what my team or my organisation needs. It works out my wit and on-the-spot thinking skills.

For a while I managed a team of males only. Some would join me at meetings as technical advisors; others were there to take notes. Every now and then, I found that male counterparts from the other team focused their attention on the male note-taker in my team. Never mind that he would have never spoken to him before or that he would not be there to make a decision; that was apparently irrelevant.

It was awkward for the staff member because they had to somehow try to answer or redirect the question to me, and it was awkward for me because suddenly it looked like I was butting in to my own negotiations!

I’ve never actually cared. I will still answer questions when they are misdirected… but it’s just the strangest thing.

Now this one is controversial, I know. It messes with my mind as well. On the one hand, most men who are holding open the door, for example, are being polite and chivalrous. It’s sweet and well-meaning and I don’t at all think that they are intending to be ‘oppressive’ or at all discriminatory. On the other, there is no reason that my genitals or gender identity should dictate whether I leave a room first or not.

I  am always uncomfortable when a man holds open the lift door so that every woman leaves first. I don’t know why it gets under my skin so much. However, if a man I know does the same thing, I don’t even think about it. I suppose it’s annoying because this person who doesn’t know me is automatically treating me a certain way because of my gender. I’m not sure – you guys should tell me how you feel about this one in the comments below.

Complaining about gender quotas or targets

Having women at the table for important discussions is… well… important. We make up half of the world’s population; our opinions and feelings matter and can only truly be taken into consideration when we are represented by a sizeable number.

The problem isn’t that there aren’t enough women who can do the jobs – it’s that they face many more hurdles in even being considered for these roles. As much as we would like to think that people’s personal biases don’t influence their professional decision-making, the state of affairs tells us they do.

Listen, lads. Unfortunately and biologically, in order for the human population to continue, women have to take some time out of their careers to grow, birth and nurture some babes. For some women, this means that when they’re ready, they may have to come back to work part time.

That is actually okay.

Far too often I hear people making snarky remarks about women who work part time or are ‘too focused’ on their families. If a person is allowed to work part time, then it’s the managers responsibility to manage the workload and work flow. Instead of being mad at the person who’s paid to do three or four days of work (and does exactly that!), be annoyed at your crappy manager.

What stupid things have you seen men doing to women in the workplace? How do you call out that behaviour?