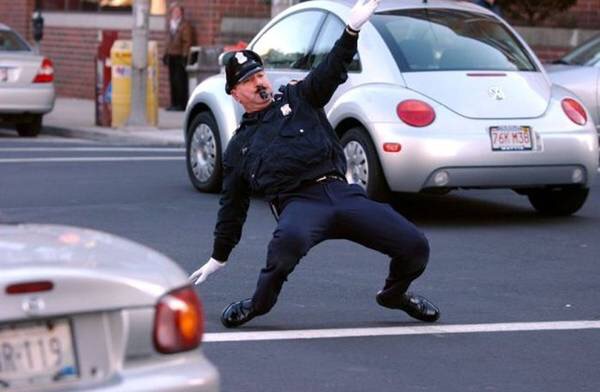 The Islamic community is a dynamic one. For the most part, it is supportive and well-meaning. During Ramadan, Muslims will try to spend as much time together in the evenings – big dinner parties, going out for dessert and coming together for spiritual communal prayers (Don’t know what Ramadan is? Don’t worry, I gotcha covered. Read here.).

We also like to give each other ‘helpful hints’ on Islamic affairs and life in general; for the sake of one another. Sometimes these hints are ‘Sister, the hair under your hijab is a little bit too high – HARAM’ or ‘Brother, you’re humming what sounds like a hit off the charts – HARAM’.

What is ‘haram’, you ask? Essentially, the same as saying non-permissable; illegal. It is the opposite of halal. Those who like to give these helpful hints do not discriminate. Everyone gets a word or two of their wisdom. This makes me wonder if helpful hints is the correct term… let’s call them helpful warnings. Warnings like those that the police would give out. Thus, these guys are known as the ‘haram police.’

There haram police like to assist their Muslim brothers and sisters by rubbing Islamic jurisprudence into everyone else’s face. They seem to have an Islamic ruling on everything. No facet of one’s life is spared from the haram police – the way you walk, the way you talk, who you talk, what you eat and don’t eat, when you eat it and when you don’t. They’ll comment on your job and your education and your responsibility to ‘teach everyone’ about Islam.  They mean well. Most of them really do.

Look, many Muslims are already trying to figure out their place in the world and to create an identity for themselves which allows them to peacefully live as Muslims while being functioning members of broader society. This often means contextualising their faith in the world they live in; being pragmatic about what the faith says instead of relying on the opinions of such and such Imam.

For the most part, we get by. But some days are more difficult than others and the absolute last thing we need is a fine from he haram police, reminding us what a shitty job we’re doing at being good Muslims. We don’t need you to find the most niche Islamic rulings that relate to the most insignificant parts of our existence and have you tell us that we’re doing that wrong.

I understand that what you’re trying to say is ‘hey, you have this tiny issue and you can resolve it by taking this tiny action and it will make you a better person’ but instead what we’re hearing is ‘you’re incapable of even getting THIS TINY THING right, you horrible horrible Muslim, you!’.

What I’m saying to you is, that in my mind, your warnings sound like you’re saying  ‘I understand that your house is on fire and you’re trying to fix it, but your shirt isn’t tucked in and you look a bit frazzled.’  OF COURSE I’M FRAZZLED. MY HOUSE IS ON FIRE.

Young Muslims, in particular, are facing some difficult identity issues at the moment. In Australia, for example, our community is being told that if young Muslims mess up and end up in ISIS-territory, they may end up stripped of their Australian citizenships and unable to return home, placing the burden on dealing with terrorism on the Muslim community alone. They’re being told that the halal foods that they eat are not welcome here. In fact THEY are not welcome here (have you read the responses to Cory Bernadi’s enqiry into halal foods??).

We have enough to deal with. There is enough pressure to work through. When you offer up your constant and unrelenting halal-advice, you make being Muslim even more difficult. I’m not saying that you’re always incorrect – for the most part, your advice is pretty accurate (for the most part…).  It’s all in your message delivery. You can continue to slap people in the face with it and post your asinine Facebook posts saying things like ‘it’s a hijab, not a mountain, sisters. It’s not that big a deal’ and ‘brothers, perform da’wa – it’s your responsibility’.

The better option is that you take time to understand the broader issues that your fellow Muslims are dealing with. Just because you have a good hold on them, it  doesn’t mean that everyone else does.

Belonging to a community should make life easier. There should be a sense of security and comfort in knowing that a broader social blanket exists to protect you. It shouldn’t feel like a painfully heavy burden.

Let’s just be there for each other. That’s not too much to ask for, is it?

This Ramadan, don’t be the haram police. Be a safe harbour in which the tired can dock.

3 thoughts on “Muslims: This Ramadan, Don’t Be The Haram Police.”