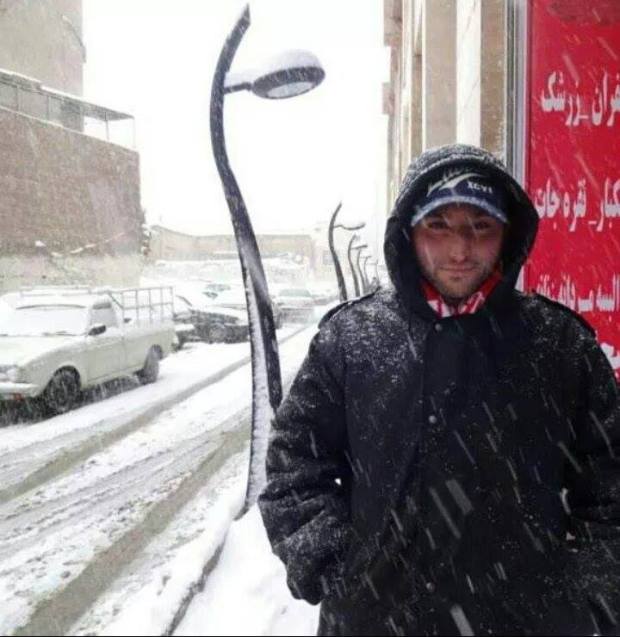 Relationship with Islam: I consider myself religious. My motto in life is ‘do good and you will find good’.

What do you do for fun?

I coach the under 8s at the local football club. It is something that I am passionate about. As their coach, the kids look up to me as a role model, so it is important that I lead by example at all times.

How did you come to have the religious and spiritual beliefs that you do?

I am what I am because of my parents. They enrolled me in Arkana College in Kingsgrove where I spent five of my primary school years. I learnt to read and write Arabic and was taught to read the Quran. We also lived in Lebanon in my teenage years. In Lebanon, my teenage cousin passed away suddenly. I witnessed the burial and funeral procession. This deeply affected me. It taught me that we take nothing from this life except for our good deeds.

How would you say the portrayal of Muslims in the media has affected your life?

The media is constantly bashing Islam. It is our duty as Muslims to become educated in various fields and portray the true of image of Islam.

Being Muslim seems to mean that you’re either an ‘extremist’ or ‘moderate’. How do these labels affect you?

We are muslims and Islam is our religion. I am proud to say this. We don’t compromise when it comes to religion. This doesn’t mean we should be aggressive towards those who may perceive you or I as extremists. Countless times, I have been in a situation where a woman extended her hand for a handshake. I politely refused and explained why*. I would like to share this verse from the Holy Quran : Invite to the way of your Lord with wisdom and good instruction, and argue with them in a way that is best. Indeed, your Lord is most knowing of who has strayed from His way, and He is most knowing of who is [rightly] guided (16:25)

*Here, Imad is referring to Islam’s strict rules about separation of genders. Islamically speaking, men and women cannot shake hands with each other. It’s easy between Muslims, but creates a little awkwardness with those who have no idea what is happening. In Western culture, a man refusing to shake a woman’s hand can be seen to be hugely disrespectful and sexist. In the Islamic world, it’s a huge sign of respect. Instead of a handshake when greeting each other, the right hand is usually held up to one’s chest, like so: 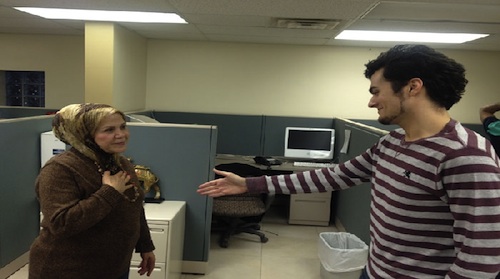